Much as it is against my better nature and sense of taste, I had a look over at Head Rambles today.

I see Himself has finally broken through the 400 readers mark.

Actually, he’s a bit chuffed about it, but I soon burst his balloon by pointing out that tomorrow, he’ll probably be down to less than 300 again.

It is one thing I have noticed about his feed reader.  The figures seem to leap around like a budgie in a cat cage.

The first half of the graph is nice and smooth, but the second half looks like a seismograph.  Sometimes figures will rise or drop by as much as 100 (or even more) in a single day.

I tell him it’s down to the quality of the shit on the site.

There is a distinct co-relation between the graph and the level of his hangovers.

First of all, when it died, it died spectacularly.

Not for it a bit of file corruption or a blown fuse.

For some unknown reason it totally screwed up the file allocation tables and the boot sector.  What this means is that when you fire up the PC it reports that it can’t find any disk.

The laptop in question is an Acer Aspire 7220, which has two hard drives.  I knew if one was guntered that the other should be OK.  Fortunately, all my really important data was on the second drive, so it was just a question of accessing it.

I tried running an old XP disk, to see what would happen.  It failed miserably and reported that there was no hard disk.  They are SATA disks, so they need special drivers which XP doesn’t have.

After a good piece of research, I came across a rather neat little utility – The Ultimate Boot CD for Windows or UBCD4Win. 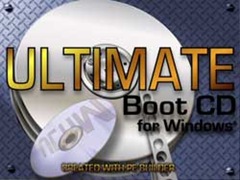 This is a free program that you download and run, presumably on a PC that works.  What it does is create a boot disk, but gives you full scope as to what goes on that disk.  It asks for a Windows i386 folder, so I gave it my XP CD, and it was happy.

Not only does it create a boot disk, but it includes a whole load of utilities for fixing corrupt sectors, boot files, Master Boot Records and the like.  It also contains utilities to set up a network and generally breath a little life into a machine.  The interface actually looks like a cross between XP and KDE, so it is very easy to use.

Using this disk, I was able to offload all my files onto spare storage, and to reformat the dud disk and recreate all the partitions and boot records.

With a lot of help from two very patient people – Cranky Canuck and Robert Sweetnam – I was finally able to reload the operating system, and it is now almost back to its original state.  I say ‘almost’ because it is, in practice, better, as I have removed a load of junk programmes that were dragging it down.

So Herself finally gets the Acer that she has had her eye on.

Today is a huge day in my life.

It isn’t different from any other day.  I’m doing more or less the same things.  It isn’t my birthday or any anniversary.  Nothing has significantly changed about me or my home.

In some ways this is a day I have been dreaming of for a significant part of my life.  It is a day I never thought would ever happen, and that it only existed in my idle fantasies.

But it has happened.

I haven’t had official confirmation yet, because we are caught up in holidays and weekends when people are careless about going into the office, so I am assuming that everything has gone to plan.

Today is the day “Headrambles” leaves the printers and should shortly be appearing on the bookshelves.

I always dreamed of being an author.  About thirty five years ago, I even went on a night course (‘Creative writing for beginners’) but of course nothing ever came of it.  Since then. I have had my idle dreams, but never thought anything would happen.

I don’t expect the book to be a best seller.  If sales run to more than three figures, I’ll be delighted.  That isn’t important.

What is important to me is to walk into my local bookshop and browse the shelves,

and to see my name on a book there.

The saga of the PC continues.

To those of you who aren’t technically minded, think of my old PC as being an oil tanker.

My tanker went on the rocks, the hull was damaged and the engines were completely smashed.

Is it now a useless tanker?

No.  Because the oil is still on board.  But the engines are smashed so there is no power to pump the oil off.

What I needed was another ship that could sail up to the taker and using its power, pump the oil off.   So I spent the last few days scouring the Internet for software that I could mount onto a CD or DVD that could access my one remaining hard disk.

I found the software/ship that I needed, and my files/oil is at this moment being pumped into a USB hard disk/storage tank.

Once the oil is off, I can go about repairing the holes in the hull [repartitioning the faulty hard drive] and installing new engines [new Windows].

Hopefully I’ll end up with an oil tanker in pristine condition.

I didn’t like to admit it before, even to myself, but some of the information on that computer was critical.  For some reason, the latest backup had failed, and I hadn’t been aware of the fact until this week.  There were a load of personal files [like our French holiday photographs] but there were also critical business files, such as the originals of all my graphics work.

I haven’t been able to do a tap of work since the failure, and am having a difficult time with a couple of demanding clients.  Hopefully, by tomorrow I’ll be able to get back in the saddle and do some of the backlog.

Life would be so much simpler if I could only retire.

I’ll start by wishing you all a Happy New Year.

The Old Fart is in bad form today, probably due to a massive hangover and is steadfastly refusing to acknowledge the day that’s in it.

Of course he went on the rampage last night and woke everyone when he came staggering in in the small hours.  On the other hand, I had a quiet night, and watched a bit of television.  All I will say about that is that I wish my deepest sympathies to anyone who had to watch Tubridy!

The one thing that is cheering Himself today is a report that his site is ranked at Number 6 in the top 20 Irish Blogs.  Frankly I find this surprising, as traffic to his site has been dropping off at an alarming rate since August.  People must be getting tired of his constant bad mood and foul language.  I have warned him, but he will persist.

In the meantime, I have to go back to my data recovery from a dead laptop.

What a lovely way to start the year!